You read about it in Car Craft and Popular Hot Rodding. Maybe you saw one at the drag strip and or the local cruise. Dealers didn’t know much about it. In fact, it wasn’t even listed in the showroom brochures or the standard dealer sales albums. “It” was RPO L78. Although it was a total mystery to most dealers, those who knew the magic option code could buy the meanest, most powerful big-block in the Chevelle arsenal. 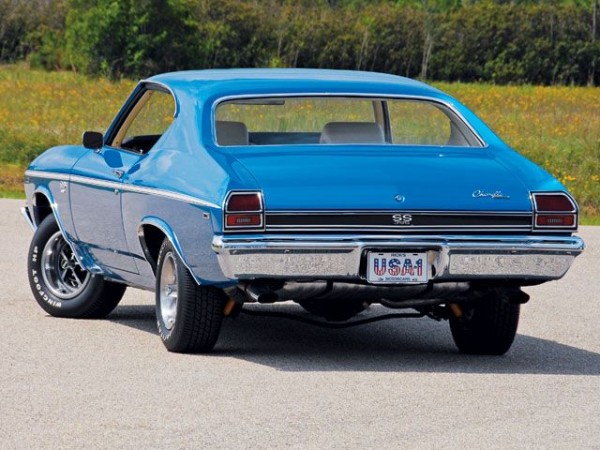 Unless you lived near a Chevrolet performance dealer like Yenko, Berger, Gibb, Rosenthal, Indianatlantic or Rathmann, the chance of finding anL78 on the showroom floor was somewhere between slim and none. You had to know how to get your mitts on a Special Product Order form and fill out the right information, then get the dealer to order it for you. You gave him your deposit and then you waited six to eight weeks for the hauler to arrive with your L78 Chevelle.

What was the L78? It was 375 hp wrapped up inside a 396-cid engine. There was only one other option that made the L78 look mundane, and that was the L89, which parked a set of aluminum cylinder heads atop the iron-block 396, but retained the same 375hp rating. The L78 was an expensive option ($252.80), but the L89 was even more ($647.75). As enigmatic as the L78 was in the showroom, thanks to magazine coverage, 9,486 L78 Chevelles were ordered in 1969. The RPO Z25 Super Sport package was now an option (RPO Z25) on any Chevelle V-8 hardtop or convertible. Along with specific emblems on the grille, front fenders and the blacked out taillamp panel, the SS package also featured a domed hood and power front disc brakes. Sales of the 1969 SS option were strong, with 86,307 rolling out of dealers’ doors.

Part of the L78 SS396 package was the F41 heavy-duty suspension. The F41used firm springs, a large stabilizer bar and firm shocks up front, along with a four-link coil spring rear configuration with firm shocks. The rear lower control arms were boxed by a plate welded across the sides for reinforcement. A rear stabilizer bar was bolted to the inner sides of the control arms. The upper arms were braced to handle the massive torque of the L78. The optional 14×6 sport wheels with F70x14wide oval bias belt tires put a wide footprint on the ground, however they’d go up in smoke when the wood was laid to the L78.